Located on the banks of Katni river, city of Katni is the administrative headquarters of the district in Madhya Pradesh. It is home to numerous schools, educational institutions and industrial establishments and thus is an important commercial and industrial centre. Known for its vast reserves of limestone and bauxite, it is also called as the ‘City of Marble’. It is one of the largest railway junctions in the country and has many historic and tourists destinations. Easy accessibility, pleasant climatic conditions, well developed transport system, easily available and accessible utility services have all contributed in making this city one of the most sought after ones in Madhya Pradesh. 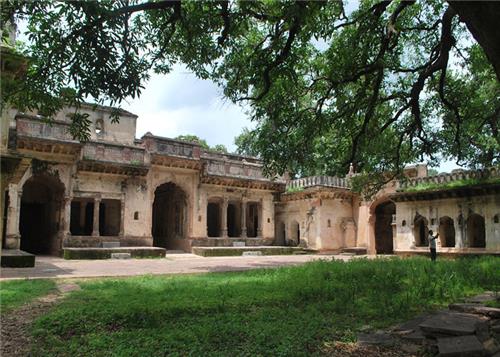 The culture of Katni can be said to be a blend of Mahakoshal, Bundelkhand, and Baghelkhand regions. This city is also called as ‘Mudwara’, and there are different stories and theories regarding the origin of this particular name. Due to a half circular turn, called ‘mode’, from the wagon yard to Katni Junction, Katni has been named Mudwara. According to another theory, there is a village called Modwar, that is known for giving rewards of bravery for cutting heads (Mods). Another popular theory states that the British Government used to cut the heads (Mods) of the plunderers and other criminals and hang them in the squares to frighten the people and prevent them from committing crimes of various kinds.

Geography and Climate of Katni

Located between 23.4800° North latitude and 80.4000° East Longitude, the city of Katni enjoys a moderate and pleasant climate throughout the year. The average annual rainfall here is about 800 milimetres. As per the census of 2011, the population of this city is 221,875, out of which there are 115,463 males and 106,412 females and the average literacy rate is about 87%. An ideal time to visit this city would be during the month of January, when the climate here is cool and pleasant and apt for sight-seeing.

Places of interest In and Around Katni 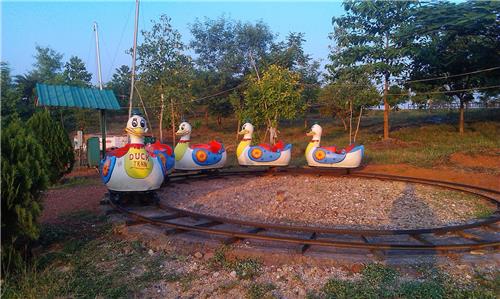 Being an important tourist centre, there are numerous historic places, temples and beautiful tourist locations in and around the city of Katni. The Jagriti Park is a popular picnic spot in Katni and is frequented by hordes of visitors, especially children. Vijayraghavgarh Fort and Temple near Katni are popular historic places and are known for their breath taking beauty. Historic statues, sculptures and scriptures can be found in Bahoriband near Katni city. Tigavan Temple, near Katni is believed to have been one of the oldest temples here and has a beautiful statue of Lord Narsing and other statues. Roopnath Temple near Katni, is popular for its five lingam statue, called Panchalingi. The Varah temple and Fort of Kamakandla in Bilhary near the city of Katni attracts huge crowds of visitors. History lovers can head off to Jhinjhari near Katni, where many rock paintings can be found, belonging to the ancient times. Sungarha Vaishnav Devi Mandir near Katni, that attracts worshippers and pilgrims from far and wide is also a popular picnic spot. Read More......

Art and Culture in Katni

People belonging to different religions and castes live together in peace and harmony. Various festivals like Dussehra, Diwali, Durga Puja, Id, Christmas etc are celebrated in a grand and pompous manner, with the active participation of people belonging to different castes and communities. Hindi and English are the languages widely spoken by the people here. While the traditional attire of the men in Katni include dhoti, jacket and head gear, the women here prefer wearing sarees and lehenga cholis of vibrant colours and patterns, especially during festivals and different occasions. With the influence of Westernisation, modern outfits have started gaining huge popularity, especially among the younger generations here.

The city of Katni has a well organised and systematic transport network, connecting it to nearby important cities and making it easily accessible. The Dumna Airport at Jabalpur, about 100 kilometres far is the airport nearest to Katni and has regular flights to major Indian cities, by leading airlines. Katni Junction is the most important railway line in Katni and there are four other railway junctions here – New Katni Junction, Murwara Junction, Madhav Nagar and Katni South Junction. Due to national highway, communication by roadways is easy and convenient. There are regular buses to nearby areas, taxis, autos and private vehicles form the major means of communication within the city. Read More........ 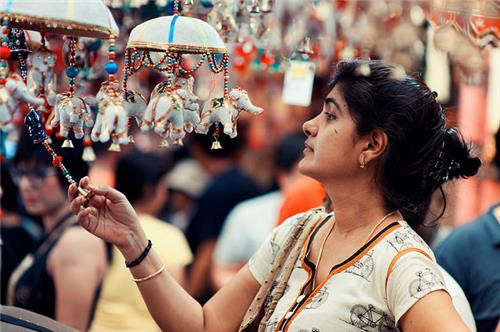 Shopping in Katni can be an enjoyable activity, for those looking forward to buying some souvenirs and memorabilia for their loved ones back home. There are road side shops and gift shops selling various unique and exquisite handicrafts and souvenirs at highly attractive prices. Apart from these, there are numerous apparel shops, mobile shops, optical stores, furniture showrooms, book stores, electronic goods showrooms, selling a wide variety of products. You can also head to Jabalpur, near Katni for a delightful and fulfilling shopping experience.

Economy and Industrialism in Katni

The city of Katni is home to vast reserves of limestone and bauxite. Besides, it also has deposits of calcite, dolomite, fireclay, laterite, bartizan etc. Being one of the largest Indian railway junctions, it also has the largest rail yard. It has railway's biggest wagon repair shop and is home to more than 5,000 railway employees. Agriculture and industries are the main occupations of the people here. Wheat, gram, pulses, paddy are the major crops grown here. Mineral based industries and pulses mills are found here in plenty. Stone Park, at a distance of about 25 kilometres from Katni Junction is a cluster of industries, renowned for export of marbles and increasing production in Katni.

Katni at a Glance